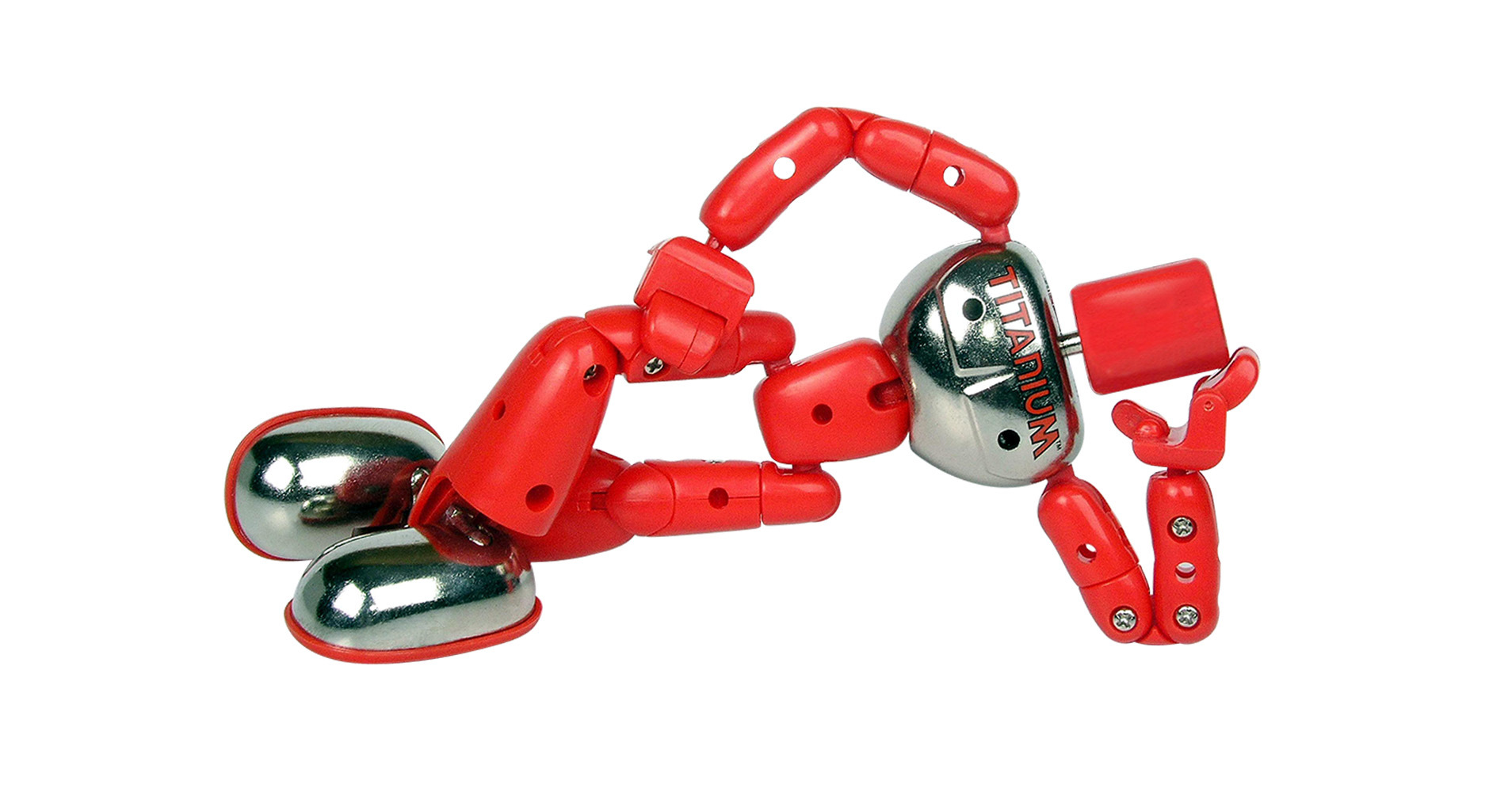 I created the Titanium action figure to be something like an ultra pose-able lego. A plastic everyman, with die-cast feet and chest. Add paint and accessories and he becomes a Werewolf DJ, a soldier from a dystopian future, a street-baller, a break dancer, a X-games all-star, or a robot graffiti artist. Boom boxes that played beats and a peg system that allowed figure to be posed mid dunk only added to the fun.

Body Rockers had boomboxes that played beats and a “card board” base that allowed them to be posed in crazy break dancing positions.

When all four Monsters Of Rock were collected they played a song in unison via inferred sensors. The line received the “Best New Figure” award from Toy Fare Magazine.

Each member of the Bomb Squad came with a piece of a subway train. When collected it would make a whole train mural.

Street Slam ballers came with cloth jerseys and a piece of their home court with clear pegs to pose them mid-air.