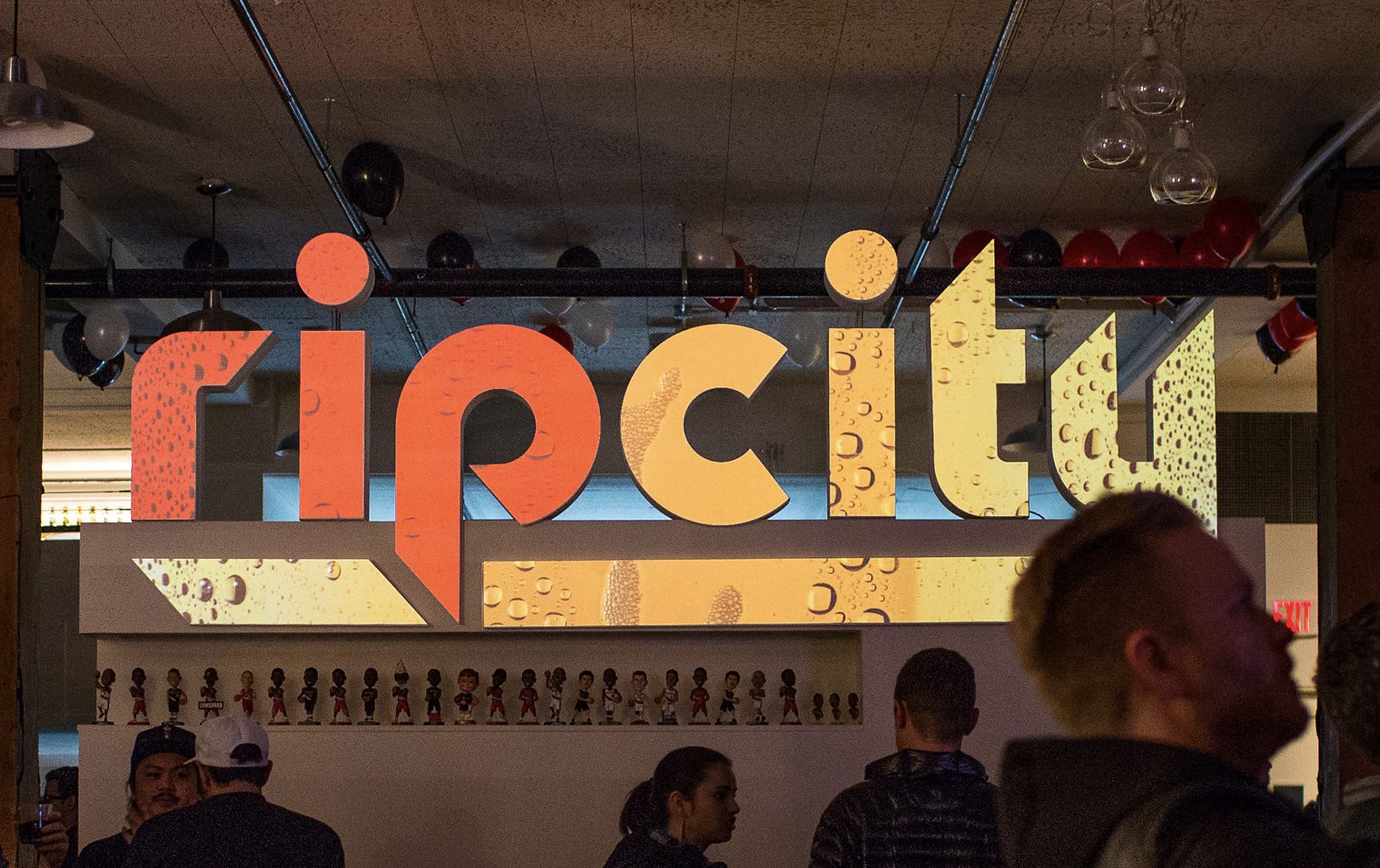 To celebrate the 40th anniversary of the Portland Trailblazers’ NBA championship I helped produce the “Ripsgiving” event for IDL Worldwide, providing Creative Direction, Concept Design, and Art Direction. Held on November 11th, 2016 we were giving thanks for the championship and the tip-off of the NBA season via five curated experiences for fans to engage with.
Let’s go Rip City!

A dimensional sculpture of the Trailblazers’ “pinwheel” logo measured ten feet, and is made up of 40 individual hanging pieces. When viewed from the free throw line the entire logo snaps into view.
After the event this piece was purchased by The Trailblazers for installation at The Moda Center!

Each face of this three sided tower of Portland power was adorned with a back lit basketball-ism specific to the Rose City. The LED backboards broadcast a curated mixtape of Blazers high (and humorously low) lights.

Video projection mapped Chalupa coupons rained down on a dimensional Rip City logo, while Sheed’s Hummer made for a perfect photo booth. Both experiences delighted true Blazer fans.
If you get it, you get it.