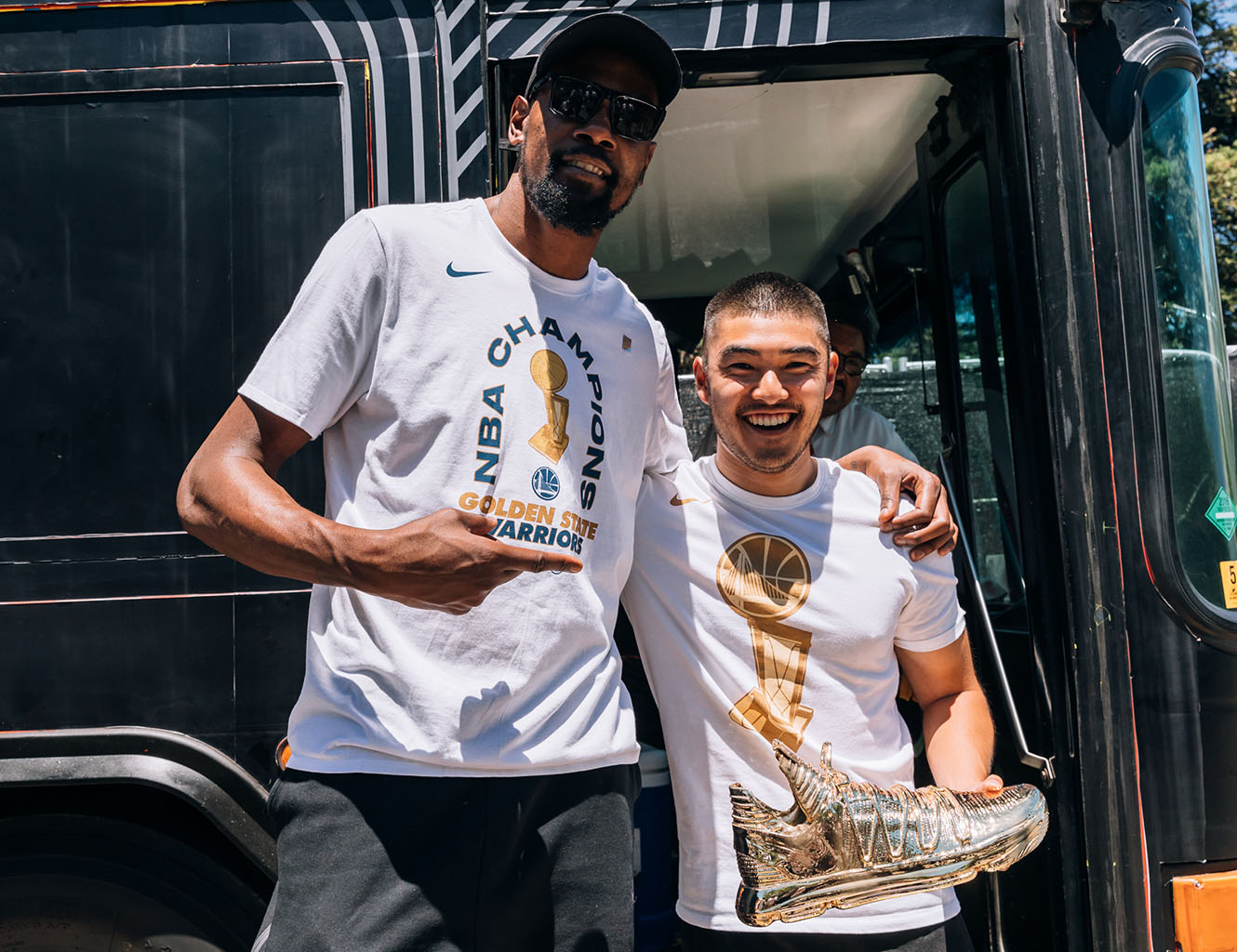 After the success of the 2017 Moet Mini Fridge Nike wanted to make an even bigger splash with their 2018 NBA Finals kit, making it a one of a kind Super Fan experience.

We started this project about 6 weeks before the NBA finals, so early concepts included ideas that could be easily adapted to whichever team eventually won.
A favorite in brainstorms was the “Winner Winner Chicken Dinner” concept: A lucky Super Fan would be flown in for a GOLD PLATED chicken wing dinner (yes, it’s a real thing!) with a player from the victorious squad. Finger lickin’ good indeed!

It became obvious that the Golden State Warriors would win the NBA Championship. Focus for the event / kit shifted to Kevin Durant and the tagline “Rise Grind Shine Again”. Wanting to once again create a vessel that stands alone as a functional item, we settled on the idea of a luxury suitcase hydro-dipped in gold. Only the best for an NBA Superstar always on the move!

Inside where a pair of gold hydro-dipped KD11s, one of a kind jerseys, framed art, and a laser engraved gold ticket to see the Warriors first game of the ‘18 season, featuring the ring ceremony and the championship banner raising.

Best of all, the fan got to ride through the streets of Oakland on a Victory Parade team bus, after the kit was personally presented to him by Kevin Durant!